copied from my blog...
--
The observation cannot be more innocent – our life is nothing but a forest of decisions, a forest that is often heavily fogged. We feel and fear the many trees that we cannot see. The turns that we have made or about to make are the fabrics of the hazy books of our life, which we began to write without our own permission. Decisions are often now and here, crashing in as an impending train; regrets or joys are then and there, the colorful canvas by the brush of emotions.

For every decision that we made, there is at least one that we choose not to. We could have led a million different lives, each an exact copy of others, up and until a split at a certain branch. If the universe is the home to so many different versions of our life, it will be mightily heavy.

But our life is much lighter, and the decisions we made weigh differently too – not only in their consequences, but also in the time that they took. This book is about those decisions that take very little time, if at all. It is about *blink*.

Blink can be mysteriously powerful, doubly so because of its speed, or lack thereof. On this the book has a lot to offer. For example, a veteran tennis coach can call a double-fault just by watching the player throwing the ball into the air, with an eerily accuracy that he himself can barely understand. And there is the captain of a firefighter squad, who shouted to his men “get out, NOW!!”, only seconds before the floor collapsed – the blaze and the smoke in the one-story house was so heavy that they had no idea that the fire was raging in the basement. And the former director of MOMA felt something oddly wrong the moment he saw the sculpture, even though a paper published in Science had already “proven” the “authenticity” of its supposedly old age.

No one knows how, they just did it.

That’s the good news – just feel it, then a lightening will strike through. As simple as that.

The bad news is that good thin-slicing is almost without exception a power reserved by the experts and the experienced, or otherwise our instincts can be the least trustworthy. Trapdoors are everywhere. Amusingly enough, simply describing *why* you feel it, a process that invokes the most advanced device in our disposal – language – can make it murkier instead . We can be easily fooled by how the person dresses and looks, lowering our guards at precisely the moment when we should stand more alert. And, if your heartbeat races towards 145, you are effectively suffering from autism, you are boxed in and can no longer relate to other’s positions, let alone analyze the facts rationally. As it turned out, all three big riots in recent US history happened after a high-speed car chase, in Hollywood style. The cops had simply lost their cool, they are shut off. The book is full of many such sad stories as well.

Gladwell is a wonderful story teller. For the curious minds, the book is a sure page turner. The stories are stocked under a balanced agenda, but only apparently so. Gladwell didn’t seem to want to bother himself – and the readers – on two questions that are more fundamental: why can we blink? and when and why blinks can be both good or bad?

Instead, there is a rush to apply the rights and wrongs of thin-slicing in the pursuit of correcting some political and cultural injustice. A good try indeed. Yet, applied science has to be science before applied.

To answer those questions, strap on and let’s do some time traveling.

Think forest, and think the days we lived there -- not “we” exactly, but the carriers of (some parts of) our genes. For that matter, let me be a fish, in the creek that cut through the dark forest. This maybe a happy life, or a horrible one. But most of all, it would have been a *slow* life, a life that had too much time on hand. Yet, every now and then, there were signals that I had to pick up and react, a brush or a twinkle or a splash perhaps. They were subtle and yet vital, but to me they meant life or death, signaled food or predators.

The fact that I was once a fish means that the fish was smart enough to have survived the chores of its life, and died only after passing down its genes (to me, eventually). More importantly, since all of us were fish once, we have our ways of reading subtle cues without being aware that we are reading them, and acting upon the decisions thereafter without asking why. Sensing only the minimum, matching the pattern from the experience, and acting decisively was how we survived (and evolved, too).

We have forgotten that we once had, and still have, such a power. Hopelessly overloaded as we already are, we allow our lives to be digitized by every fleeting moment, and are lost in the mountain of bits of our own making\.

But now and then, we just act on our guts feeling, and call upon our “instinct”. And when they work, we are impressed.

So, Yes, we can all blink, and we do it exceptionally well if life or death is at stake. The magic hand of evolution has made us all experts of survival.

But there is neither time nor energy – and sadly very often no need – to make us experts on other slices of our life that are both too recent and too thin. The more senior you get in your chosen profession, the better you are to pick up its patterns as a expert blinker. But the better you get on your own, typically the worse you become on others. It is next to impossible to be a generalist across all those slices. Blinking is a blind shot at best, if stepping outside the domain of our expertise. We are stripped clean, we become naked, we don’t speak the code, and we don’t have the map. If blinking is any good, it will urge us to move out, find a guide before taking it on again.

The life that we have – this life – is not an isolated one. It has never been, and will never be. Blink your eyes once, you are the fish; blink twice, the fish becomes the modern you. This back-and-forth is not your choice; it is a choice made for you, long, long time ago.
转发 1
微信扫码
> Blink 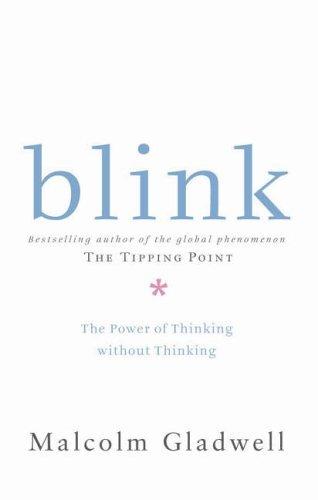