Creator, Creature and the Original Sin

Shelley's story shows interesting connection between creator and its creation. The monster and Frankenstein share similar character in some aspects: both of them are curious and learn very fast. They are both hesitant, eager for love, and bear great grief. The monster deliberately let Frankenstein traced him. He also went after Frankenstein's death. All these clues indicate that the monster's existence depend on his creator, in other word, the creature is part of creator's nature.

However, such inherited nature is flawed; it loses the just and sublime part. Such defective nature is commonly called the "original sin". Because of it, the monster loses his nature and inner-self which was shaped by its creator. He abuses his free will, and becomes the slave of his lust. It leads to separation, the domination of emotion, hatred and killing sequently. And finally it loses immortality and goes for death.

Where does the original sin come from? Is it inevitable? Shelley's creator and creation story is not brand new. The "original sin" is borrowed from Genesis in Holy Bible, and its subtitle "the modern Prometheus" echos Frankenstein's archetype in Greek mythology. In all these stories, the creator generate a novel creature on its own, without combination of sexuality, that is, through asexual reproduction. In biology, this kind of propagation is inferior to sexual reproduction, since the latter one brings out more possibility. The asexual creating process is doomed to amplify creator's defects and omit his virtue. Therefore, Frankenstein's creation is born to be inferior to himself. That may also explain why the monster urges Frankenstein to create his female partner, the modern "Pandora". Because only through sexual intercourse could he conquer the paradox of original sin, substitute death and reach immortality. 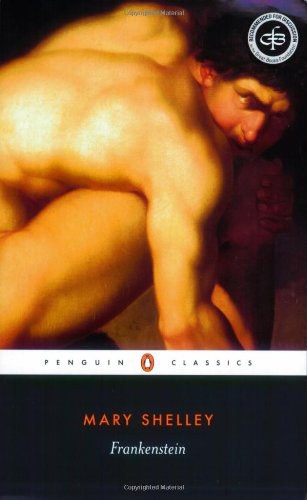