The Retreat of the Elephants 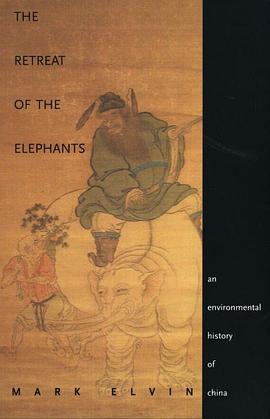 Who knew that elephant trunk tastes like piglet? Or that more than a millennium ago, a writer declared that Chinese "competed to eat their trunks, the taste of which is said to be fatty and crisp, and to be particularly well suited to being roasted." Elephants, it turns out, once roamed across nearly all of China, as did rhinoceroses. Indeed, for 1,000...

Who knew that elephant trunk tastes like piglet? Or that more than a millennium ago, a writer declared that Chinese "competed to eat their trunks, the taste of which is said to be fatty and crisp, and to be particularly well suited to being roasted." Elephants, it turns out, once roamed across nearly all of China, as did rhinoceroses. Indeed, for 1,000 years the standard armor worn by Chinese soldiers was made from rhino hide. Yet these days rhinos are completely extinct in China, and elephants linger only in protected enclaves in the far southwest of the country. China being China, everything has been carefully documented, so we know that these large mammals retreated gradually over the past 4,000 years, half a step ahead of smaller, two-legged ones. Mark Elvin, an Australian scholar, brilliantly uses that prolonged elephantine trail of tears as the guiding metaphor for his new book, The Retreat of the Elephants: An Environmental History of China. Frankly, I didn't know that I was interested in the history of Chinese elephants, or that I was yearning for an environmental history of China, until I read this book. But Elvin combines an illuminating account of the 4,000-year-long collision of humans and nature with delightful tidbits about everything under the Chinese sun. One could not have written such an environmental history about, for instance, Britain or Russia. From China's point of view, such countries are modern ingenues with barely any history to speak of. But in China, we hear, for example, that the Duke of Zhou, more than 3,000 years ago, drove "elephants far away" from the Yellow River valley. A record from 548 B.C. describes the ivory trade, and later we begin to get detailed accounts of battles over crops between peasants and elephants in, say, A.D. 962. Of course, just because something has been recorded does not mean it is true. One account from 1608 reports of trained elephants in the Ming Dynasty court: "If an elephant commits an offense, or injures a human, the imperial command will be issued for him to be beaten.... Only when the beating has been concluded will he rise to his feet to give thanks for the favor received.... In the sixth lunar month they are bathed and mated. The coupling takes place in the water with a female who floats with her face upward, in all respects like a human being." Hmmm. Floating face upward? So that's how Ming Dynasty historians made love. Elvin is particularly fascinating on the history of China's long wrestling match with water. Chinese civilization may have evolved out of efforts to irrigate the land, and there is an intriguing record of the quest to tame water and land, which would typically succeed for a while until the water rebelled. The problems were especially acute with the Yellow River, which was not called that in ancient times. Then, a little more than two millennia ago, the Qin and Han dynasties promoted farming along the upper reaches of the river, and the resulting erosion filled the water with sediment that made it muddy and gave it its present name. The sediment raised the riverbed until it was held in place only by man-made dikes that required constant attention--because the water, in essence, flowed aboveground, not below it. Periodically dikes broke, sometimes catastrophically. A flood in 1117 is said to have killed more than one million people, making it perhaps the worst such disaster since Noah. The Yellow River dramatically changed course in 1194, moving to the south of the Shandong Peninsula, until in 1853 it moved north again. Elvin meticulously recounts China's hydrology, so we learn, for example, that between 1195 and 1578 the Yellow River delta advanced only 39 meters a year (as sediment built up), whereas from 1579 to 1591 it advanced 1,538 meters a year. Sometimes the sheer weight of detail is numbing, particularly in later chapters offering case studies within China. Readers without an intrinsic fascination with China may find this a book to browse, not to read cover to cover. But as a window into the history of the Middle Kingdom, and an extended account of human interactions with the environment, this is a magisterial work. What gives this book special resonance is the impact China will have on the global environment in the coming decades. The industrial revolution in the West has been so destructive of nature that we should be wary of what the industrialization of China and India will mean. I congratulate my Chinese friends when they buy their first cars, one after the other, but collectively the result of Chinese industrialization will be to swallow up nonrenewable resources, to increase carbon emissions and presumably global warming, and to send acid rain drizzling down on much of the globe. Yet this book does not really illuminate the road ahead. Elvin tells us that it was originally intended to carry us to the present day, but he ends up pretty much grinding to a halt a couple of hundred years ago. The even more gruesome period since--and, brace yourself, the predations still ahead of us--will have to be the subject of a companion volume. Alas, the Chinese elephants have already been driven to the country's fringe and have nowhere else to go. And unless they figure out how to mate even when the female is not floating faceup in a pool of water, they're really in trouble.

Nicholas D. Kristof is a columnist for the New York Times. He won a Pulitzer Prize for his coverage of China and is co-author, with his wife, Sheryl WuDunn, of China Wakes: The Struggle for the Soul of a Rising Power.

This is the first environmental history of China during the three thousand years for which there are written records. It is also a treasure trove of literary, political, aesthetic, scientific, and religious sources, that allow the reader direct access to the views and feelings of the Chinese people towards their environment and their landscape. Elvin chronicles the spread of the Chinese style of farming that eliminated the habitat of the elephants that populated the country alongside much of its original wildlife; the destruction of most of the forests; the impact of war on the environmental transformation of the landscape; and the re-engineering of the countryside through water-control systems, some of gigantic size. He documents the histories of three contrasting localities within China to show how ecological dynamics defined the lives of the inhabitants. And he shows that China in the eighteenth century, on the eve of the modern era, was probably more environmentally degraded than northwestern Europe around this time. Indispensable for its new perspective on long-term Chinese history and its explanation of the roots of China's present-day environmental crisis, this book opens a door into the Chinese past. The Mediterranean and the Mediter... The Making of a Hinterland 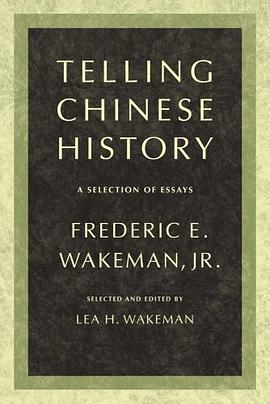 The Shanghai Capitalists and the ... 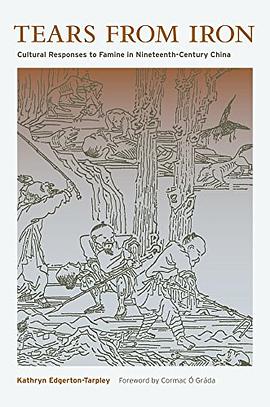 Fate and Fortune in Rural China