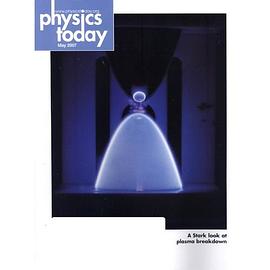 Physics Today magazine, created in 1948, is the membership journal of The American Institute of Physics. It is provided to 130,000 members of twelve physics societies, most importantly including the American Physical Society. Famous physicists of the last 50 years have written for the magazine, including Albert Einstein, Niels Bohr, and Richard Feynman.

Even though its content is scientifically rigorous and up to date, it is not a true scholary journal in the sense of being a primary vehicle of communication new results. Rather, it informs about important developments in the form of overview articles written by experts and also discusses science politics and, of course, interna of its physics societies. The physics community's main vessel for new results and in-depth review articles is the Physical Review suite of scientific journals published by the American Physical Society and Applied Physics Letters published by the American Institute of Physics.

The magazine provides a historical resource of events associated to physics, including debunking the physics behind the so-called Star Wars program of the 1980s, and the state of physics in China and the Soviet Union during the 1950s.