Max Tegmark leads us on an astonishing journey through past, present and future, and through the physics, astronomy and mathematics that are the foundation of his work, most particularly his hypothesis that our physical reality is a mathematical structure and his theory of the ultimate multiverse. In a dazzling combination of both popular and groundbreaking science, he not only...

Max Tegmark leads us on an astonishing journey through past, present and future, and through the physics, astronomy and mathematics that are the foundation of his work, most particularly his hypothesis that our physical reality is a mathematical structure and his theory of the ultimate multiverse. In a dazzling combination of both popular and groundbreaking science, he not only helps us grasp his often mind-boggling theories, but he also shares with us some of the often surprising triumphs and disappointments that have shaped his life as a scientist. Fascinating from first to last—this is a book that has already prompted the attention and admiration of some of the most prominent scientists and mathematicians.

“Tegmark offers a fascinating exploration of multiverse theories, each one offering new ways to explain ‘quantum weirdness’ and other mysteries that have plagued physicists, culminating in the idea that our physical world is ‘a giant mathematical object’ shaped by geometry and symmetry. Tegmark’s writing is lucid, enthusiastic, and outright entertaining, a thoroughly accessible discussion leavened with anecdotes and the pure joy of a scientist at work.” —Publishers Weekly (starred review)

“Lively and lucid, the narrative invites general readers into debates over computer models for brain function, over scientific explanations of consciousness, and over prospects for finding advanced life in other galaxies. Though he reflects soberly on the perils of nuclear war and of hostile artificial intelligence, Tegmark concludes with a bracingly upbeat call for scientifically minded activists who recognize a rare opportunity to make our special planet a force for cosmic progress. An exhilarating adventure for bold readers.” —Bryce Cristensen, Booklist (starred review)

“Our Mathematical Universe boldly confronts one of the deepest questions at the fertile interface of physics and philosophy: why is mathematics so spectacularly successful at describing the cosmos? Through lively writing and wonderfully accessible explanations, Max Tegmark—one of the world’s leading theoretical physicists—guides the reader to a possible answer, and reveals how, if it’s right, our understanding of reality itself would be radically altered.” —Brian Greene, physicist, author of The Elegant Universe and The Hidden Reality

“Daring, Radical. Innovative. A game changer. If Dr. Tegmark is correct, this represents a paradigm shift in the relationship between physics and mathematics, forcing us to rewrite our textbooks. A must read for anyone deeply concerned about our universe.” —Michio Kaku, author of Physics of the Future

“Tegmark offers a fresh and fascinating perspective on the fabric of physical reality and life itself. He helps us see ourselves in a cosmic context that highlights the grand opportunities for the future of life in our universe.” —Ray Kurzweil, author of The Singularity is Near

“Readers of varied backgrounds will enjoy this book. Almost anyone will find something to learn here, much to ponder, and perhaps something to disagree with.” —Prof. Edward Witten, physicist, Fields Medalist & Milner Laureate

“This inspirational book written by a true expert presents an explosive mixture of physics, mathematics and philosophy which may alter your views on reality.” —Prof. Andrei Linde, physicist, Gruber & Milner Laureate for development of inflationary cosmology

“Galileo famously said that the universe is written in the language of mathematics. Now Max Tegmark says that the universe IS mathematics. You don’t have to necessarily agree, to enjoy this fascinating journey into the nature of reality.” —Prof. Mario Livio, astrophysicist, author of Brilliant Blunders and Is God a Mathematician?

“Scientists and lay aficionados alike will find Tegmark’s book packed with information and very thought provoking. You may recoil from his thesis, but nearly every page will make you wish you could debate the issues face-to-face with him.” —Prof. Julian Barbour, physicist, author of The End of Time

“In Our Mathematical Universe, renowned cosmologist Max Tegmark takes us on a whirlwind tour of the universe, past, present—and other. With lucid language and clear examples, Tegmark provides us with the master measure of not only of our cosmos, but of all possible universes. The universe may be lonely, but it is not alone.” —Prof. Seth Lloyd, Professor of quantum mechanical engineering, MIT, author of Programming the Universe

“A lucid, engaging account of the various many-universes theories of fundamental physics that are currently being considered, from the multiverse of quantum theory to Tegmark’s own grand vision.” —Prof. David Deutsch, physicist, Dirac Laureate for pioneering quantum computing

Max Tegmark is author or coauthor of more than two hundred technical papers, twelve of which have been cited more than five hundred times. He holds a Ph.D. from the University of California, Berkeley, and is a physics professor at MIT.

The Taming of Chance 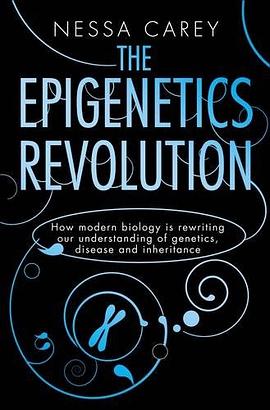 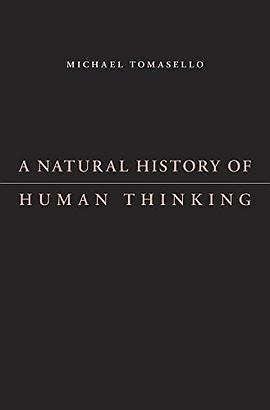 A Natural History of Human Thinkin...

The Oxford Guide to Library Resear... The Language of Mathematics

Many Worlds or Many Words?