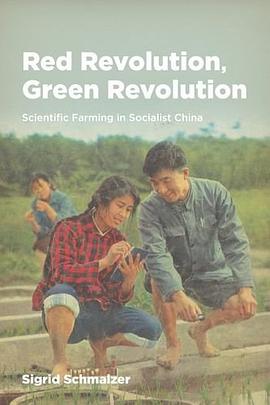 In 1968, the director of USAID coined the term “green revolution” to celebrate the new technological solutions that promised to ease hunger around the world—and forestall the spread of more “red,” or socialist, revolutions. Yet in China, where modernization and scientific progress could not be divorced from politics, green and red revolutions proceeded side by side.

In 1968, the director of USAID coined the term “green revolution” to celebrate the new technological solutions that promised to ease hunger around the world—and forestall the spread of more “red,” or socialist, revolutions. Yet in China, where modernization and scientific progress could not be divorced from politics, green and red revolutions proceeded side by side.

In Red Revolution, Green Revolution, Sigrid Schmalzer explores the intersection of politics and agriculture in socialist China through the diverse experiences of scientists, peasants, state agents, and “educated youth.” The environmental costs of chemical-intensive agriculture and the human costs of emphasizing increasing production over equitable distribution of food and labor have been felt as strongly in China as anywhere—and yet, as Schmalzer shows, Mao-era challenges to technocracy laid important groundwork for today’s sustainability and food justice movements. This history of “scientific farming” in China offers us a unique opportunity not only to explore the consequences of modern agricultural technologies but also to engage in a necessary rethinking of fundamental assumptions about science and society.

“Sigrid Schmalzer creates an entirely new vision of the meaning and significance of “scientific farming” in China during the Mao era.….[A] must-read not only for modern China scholars but also for those who are interested in the history of science as political and social process, and in ongoing efforts to shed light on the possibilities of putting science to work in the service of greater equality and dignity for the world’s rural poor.”

"At its core, this book is about socialist China's uses of science and technology to improve food production and the sociopolitical changes over time that have affected those involved in modern farming and agriculture. Cautioning that the Mao era was not one of unmitigated totalitarian oppression and ecological disaster, historian Schmalzer examines the complex relations of science and politics, raising such issues as who should be regarded as “scientists,” and how agriculture should be organized to maximize its benefits for all. Particularly interesting is the author’s investigation of the “rural scientific experiment movement." By comparing the fortunes of the “green revolution” in India and Africa, Schmalzer offers some unexpected political and social insights, contrasting US interests with those of the Chinese, who have also sought to bring their methods of agriculture and farming to third-world countries where politics is a highly visible concern on both sides of the capitalist-communist divide. Instructive and rewarding reading in recent Chinese history as well as the social politics of agriculture and farming in China and throughout the third world."

"Right on cue, this new work reveals the multifaceted and complex nature of science in the PRC. Red Revolution, Green Revolution looks at agricultural science and the unique and distinctive trajectory of the Chinese green revolution....demonstrates the manifold ways science filtered into the countryside and became the basis of the party’s interactions with the rural populace."

“Schmalzer’s reconstruction of the lived experiences of those who participated in the mass scientific experiment movement in China serves as a corrective to accounts of science in the years of the Cultural Revolution that emphasize failure, hardship, and suffering…[R]eading Red Revolution, Green Revolution productively upends one’s ideas about the nature of an agricultural experiment.”

(Studies in History and Philosophy of Biological and Biomedical Sciences)

“Upending familiar assumptions about the origins and consequences of the global Green Revolution, Schmalzer breaks important new ground in our understanding of modern Chinese history and the role of science in industrial agriculture. Rather than relying on misleading distinctions between modern and traditional, laboratory and field, politics and science, or even between the capitalist West and socialist East, Schmalzer convincingly draws our attention to the diversity of approaches taken in the effort to revolutionize Chinese agriculture in the 1960s and 1970s. This is a sophisticated political history from the ground up.”

“Writing with both elegance and precision, Schmalzer unveils the continuing imbrication of science and politics, not simply in the obviously hyperpolitical Maoist period, but also in the supposedly technologically driven Dengist era. She produces a nuanced, sophisticated description of agricultural scientific practices in the People’s Republic of China, one that challenges our assumptions about both Maoist agriculture and the Maoist period in general. Red Revolution, Green Revolution is a must-read for historians of modern China and historians of socialism, as well as historians of science and agriculture.”

"Agricultural science is inherently political. We may distrust the claim of technocrats and agribusiness that they conduct neutral research for the benefit of all, yet few of us would go so far as to advocate a full politicization of research, putting politics in command of laboratories and experimental fields. This, however, is what Maoist China did—and as Schmalzer demonstrates in her meticulously researched and beautifully written book, Maoist agricultural science worked, producing a socialist Green Revolution that was as impressive as the US-led Green Revolutions in India, Mexico, or the Philippines. Without romanticizing Maoist mass science, Schmalzer not only corrects the oft-repeated myth that Maoists were 'anti-science'; she shows that a different, more democratic and inclusive science was and remains possible."

Sigrid Schmalzer is professor of history at the University of Massachusetts, Amherst. She is the author of The People’s Peking Man, also published by the University of Chicago Press, and coeditor of Visualizing Modern China. 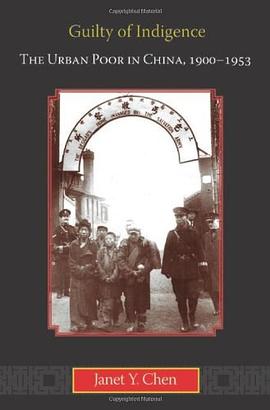 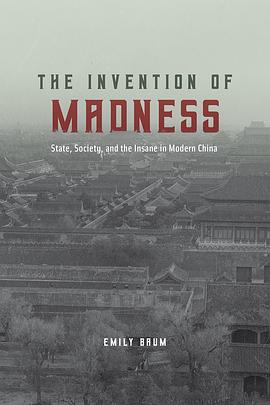 The Invention of Madness 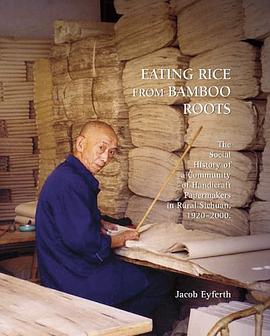 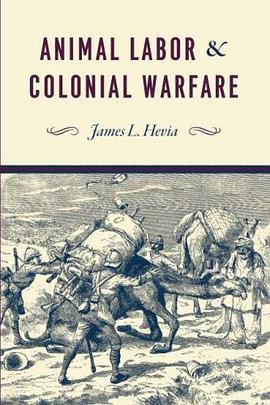 Mapping China and Managing the ...