Revolution and Rebellion in the Early Modern World What can the great crises of the past teach us about contemporary revolutions? Arguing from an exciting and original perspective, Goldstone suggests that great revolutions were the product of 'ecological crises' that occurred when inflexible political, economic, and social institutions were overwhelmed by the cumulative pressure of population growth on limited available resourc...

What can the great crises of the past teach us about contemporary revolutions? Arguing from an exciting and original perspective, Goldstone suggests that great revolutions were the product of 'ecological crises' that occurred when inflexible political, economic, and social institutions were overwhelmed by the cumulative pressure of population growth on limited available resources. Moreover, he contends that the causes of the great revolutions of Europe--the English and French revolutions--were similar to those of the great rebellions of Asia, which shattered dynasties in Ottoman Turkey, China, and Japan. The author observes that revolutions and rebellions have more often produced a crushing state orthodoxy than liberal institutions, leading to the conclusion that perhaps it is vain to expect revolution to bring democracy and economic progress. Instead, contends Goldstone, the path to these goals must begin with respect for individual liberty rather than authoritarian movements of 'national liberation.' Arguing that the threat of revolution is still with us, Goldstone urges us to heed the lessons of the past. He sees in the United States a repetition of the behavior patterns that have led to internal decay and international decline in the past, a situation calling for new leadership and careful attention to the balance between our consumption and our resources. Meticulously researched, forcefully argued, and strikingly original, Revolutions and Rebellions in the Early Modern World is a tour de force by a brilliant young scholar. It is a book that will surely engender much discussion and debate.

Jack A. Goldstone (PhD Harvard) is the Virginia E. and John T. Hazel Professor of Public Policy at George Mason University, and a non-resident Senior Fellow at the Brookings Institution. Previously, Dr. Goldstone was on the faculty of Northwestern University and the University of California, and has been a visiting scholar at Cambridge University and the California Institute of Technology. He is the author of Revolution and Rebellion in the Early Modern World, awarded the 1993 Distinguished Scholarly Research Award of the American Sociological Association; Why Europe? The Rise of the West in World History; and nine other books as well as over one hundred research articles on topics in politics, social movements, democratization, and long-term social change. He has appeared on NPR, CNN, Al-Jazeera, Fox News, and written for Foreign Policy, The Atlantic, the Washington Post, Al-Hayat and the International Herald Tribune.

Dr. Goldstone has worked extensively with the US Intelligence community on forecasting global conflict and terrorism, and with the US Agency for International Development and the World Bank on providing democracy assistance to fragile states. His recent essay in Foreign Affairs, “The New Population Bomb” has received world-wide attention. He has been a Fellow at the Center for Advanced Study at Stanford University, and won Fellowships from the MacArthur Foundation and the American Council of Learned Societies. His current research focuses on conditions for building democracy and stability in developing nations, the impact of population change on the global economy and international security, and the cultural origins of modern economic growth. Goldstone is a life member of the Council on Foreign Relations, and serves on the advisory board of the Council’s Center for Preventive Action. His latest book is Political Demography: How Population Changes are Reshaping International Security and National Politics (Oxford U. Press, 2011). He blogs regularly on global trends and world events at www.newpopulationbomb.com. The Military Revolution and Political... Birth of the Leviathan The Sources of Social Power 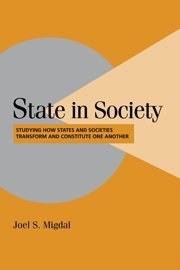 The Origins of Alliance The State against Society 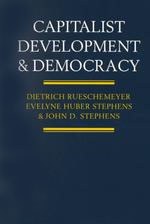 The Dynamics of Democratization

订阅关于Revolution and Rebellion in the Early Modern World的评论:
feed: rss 2.0